"Here are some of my favourite web sites that you may also be interested in. If you would like to exchange links, please do not hesitate to contact me."

Americanflat is an exclusive online art gallery filled with a collection of curated, museum-quality wall art, all priced within your reach.

Americanflat caters to the art lover, not the art investor, offering an array of collections that conveniently fit your lifestyle. www.americanflat.com/artist/keith-sweeney/

About ArtWanted.com
ArtWanted.com is a large artist community with multiple purposes. Our first goal is create a fun artist community, where artists and photographers can interact with each other and share their common love of art. Our second goal is to provide our members an outlet to sell their artwork to those that enjoy looking at beautiful art created by talented artists. Other goals we have are to bring more exposure to our members 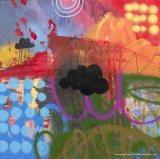 I have been commissioned to photograph the new album cover by Jake Bugg-On my one. https://store.jakebugg.com/

Landscapes by
By Keith Sweeney

We provide artists with opportunity and art lovers with art.

In 2006 the Saatchi Gallery in London, known the world over for discovering emerging talent, launched Saatchi Online as a way to give artists not represented by galleries a platform to show their work to a global audience.

This simple idea attracted such a large and dedicated community of artists that the site was re-launched in 2010 with functionality that enabled artists to sell their original work as well as make their work available for print sales. http://www.saatchionline.com/profile/326377

a selection of my works available through dot art website http://www.dot-art.co.uk/artist/keith-sweeney

Godfrey Pilkington Art Gallery featured the work of the 18 finalists in the 2010 open art competition, which attracted 122 entrants. www.sthelensstar.co.uk/news/8775234.Winners_crowned_at_St_Helens_Open_Art_Show/

Liverpool is the only UK city with a dedicated presence at the World Expo 2010 in Shanghai with its own pavilion in the Urban Best Practice Arena. www.english-heritage.org.uk/about/news/liverpool-shanghai-photomission/ 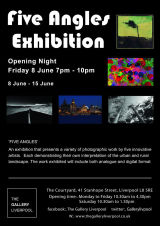 An exhibition that presents a variety of photographic work by five innovative artists. Each demonstrating their own interpretation of the urban and rural landscape. The work exhibited will include both analogue and digital format. http://www.thegalleryliverpool.co.uk/

I have 5 works selected for the Liverpool Art Fair 2014

Liverpool Art Fair is an annual four day event which aims to showcase a wide range of affordable original art by a plethora of local artists; providing a unique insight into the region's creative talent and the opportunity for everyone, from seasoned collector to first time art buyer, to own their own piece of the Liverpool art world.

Liverpool Art Fair 2014 will take place from 23rd-26th May, at The Gallery Liverpool in Liverpool's thriving Baltic Triangle. Come along and experience the work of some of the region's most talented visual artists, and with prices starting at just £20 you won't leave empty handed! http://www.liverpoolartfair.com/

AS this cheeky little lad posed for his picture while munching on a hotdog, little did he know that his face would soon feature in an exhibition in China. www.sthelensstar.co.uk/news/8224750.Keith___s_hotdog_photo_set_to_click_in_China/ 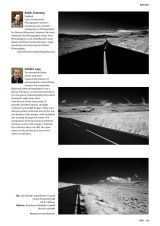 I have had 3 photographs published in Landscape Photography Magazine. http://landscapephotographymagazine.com/magazine/issue-15/

As a painter, Gareth Kemp is interested in the construction of paintings. Gareth usually paints from a number of photographic sources; old family photographs, holiday snaps, carefully composed photographs and images from magazines and newspapers. He spends many hours carefully planning the assemblage of elements in each painting, a process of mentally cutting and pasting within and between photographs. This results in repetitions and occlusions and also a blurring between foreground and background and what is real and what is not. The finished paintings hint towards a narrative and through their particular construction methods provoke a subtle sense of unease. His work is held in a number of private collections in both the UK and the USA. www.garethkemp.com

Alayna Ellis is a ceramic artist who makes beautiful bespoke wedding favours, decorations and gifts. These custom made ceramic keepsakes are perfect presents for guests that will really set your wedding apart. www.alaynaellis.co.uk/

Born in Huddersfield, Nick Sykes graduated from Liverpool John Moores Fine Art School in 1995. Since then he has continued to paint from his Liverpool studio, building a burgeoning reputation on the North West art scene.

Since graduation Nick has exhibited both nationally and internationally; locations include London, Dublin, Munich and New York. He has presented work and curated for the Liverpool based Parking Space Gallery which he successfully co-founded in 1998. He was subsequently invited to curate for the Liverpool Independent section of the Liverpool Biennale 2002 and also has been a visiting lecturer for Liverpool Community College.

His work is also held in various esteemed corporate collections including A P Kearney and private collections, including those of designer Paul Smith, chef Raymond Blanc and writer Alan Bleasedale.

Nick has recently moved to Manchester and continues to paint in his studio .He has also shown to critical acclaim with his solo exhibition Chasing Tigers With Frank, at the Liverpool Biennial.

The World Expo 2010 in Shanghai is the largest Expo ever held and is expected to attract some 70 million visitors, when it opens on 1st May 2010. It runs until the 31st October 2010, during which time more than 200 nations and international organisations will present their interpretations of the official Expo theme: Better City, Better Life. http://www.liverpoolshanghai2010.com/Default.aspx

HelloCanvas are the worlds largest creator of photo on canvas prints. We transform your greatest memories into a breathtaking photo on canvas. www.hellocanvas.co.uk

A comprehensive database of available office space in Liverpool
with maps and full details http://www.primefind.net/liverpool_rate.asc_1_10_0_10/

If you’re looking for a restaurant that’s a little bit special then try the unique dining experience on offer at Galleria. The emphasis is on fine dining, in a relaxed atmosphere, with soft lighting and flickering candles creating a warm and welcoming ambience.
The light and contemporary décor is complimented by the original artwork on display, all of which is available to buy. www.galleriarainhill.com/

This site mainly showcases my limited edition photographic art prints, which can be purchased via this site through PayPal. http://www.clarebatesphotography.co.uk/

We are specialists in canvas prints, canvas art, wall art, canvas stretching, canvas mounting and photos being transferred to canvas. We use digital printing technology to enable us to produce the highest quality stretched canvas prints online in the UK. www.canvasdezign.co.uk/

In this competitive market impress your patients with doctor who murals wallpaper, implement colorful doctor’s hospital

murals just to provide relaxation to patients. We provide large sized doctor who wallpaper ready to put on walls. www.conceptcoverings.co.uk/doctor-who-murals.php

Photography is my passion. www.tonygloverphotography.co.uk

Canvas This can transform your photos into unique and beautiful pieces of canvas art. Simply choose your canvas art prints online and we'll deliver to you Australia wide. www.canvasthis.com.au/Canvas-Art.aspx

transferred to canvas. We use digital printing technology to enable us to produce the highest quality stretched canvas prints online

Looking for the best poster printing? Really need great quality and a way to shine above your competition? Then you cannot look any further than the posters team at Poster Printing. www.posterprinting.com.au/
Next
Previous